Young Interns for a Day at Hertonäs Manor Museum

164743362016.03.2022 hrs 14:27
Two pupils from Hoplaxskolan’s junior high in Munkkiniemi spent a day as interns at Hertonäs Manor Museum to get a glimpse of work at a museum. During a few hours they tried various light tasks under the watching eye of the curator. Read more about their day below!

Erik’s and Johannes’ work at the museum started with watering the plants. The next task was to print flyers and laminate them and hang them in the windows.

-It was easy and didn’t require much energy, but one had to be careful not to dent the plastic, Erik says.

Later on the young interns had to write a new list of prices and help to pack and store a small exhibition that was exhibited at the museum last year. Erik and Johannes also vacuumed and made onlines orders of straw for Knusbacka farmstead and a new colour cassette to the printer. An ordinary day in a small museum can be just like this.

-It was not interesting overall, Johannes states.

-I learnt that working at a museum is a more boring job than I thought, at least when there’s no visitors as when the museum is open, Erik concludes with a laugh. 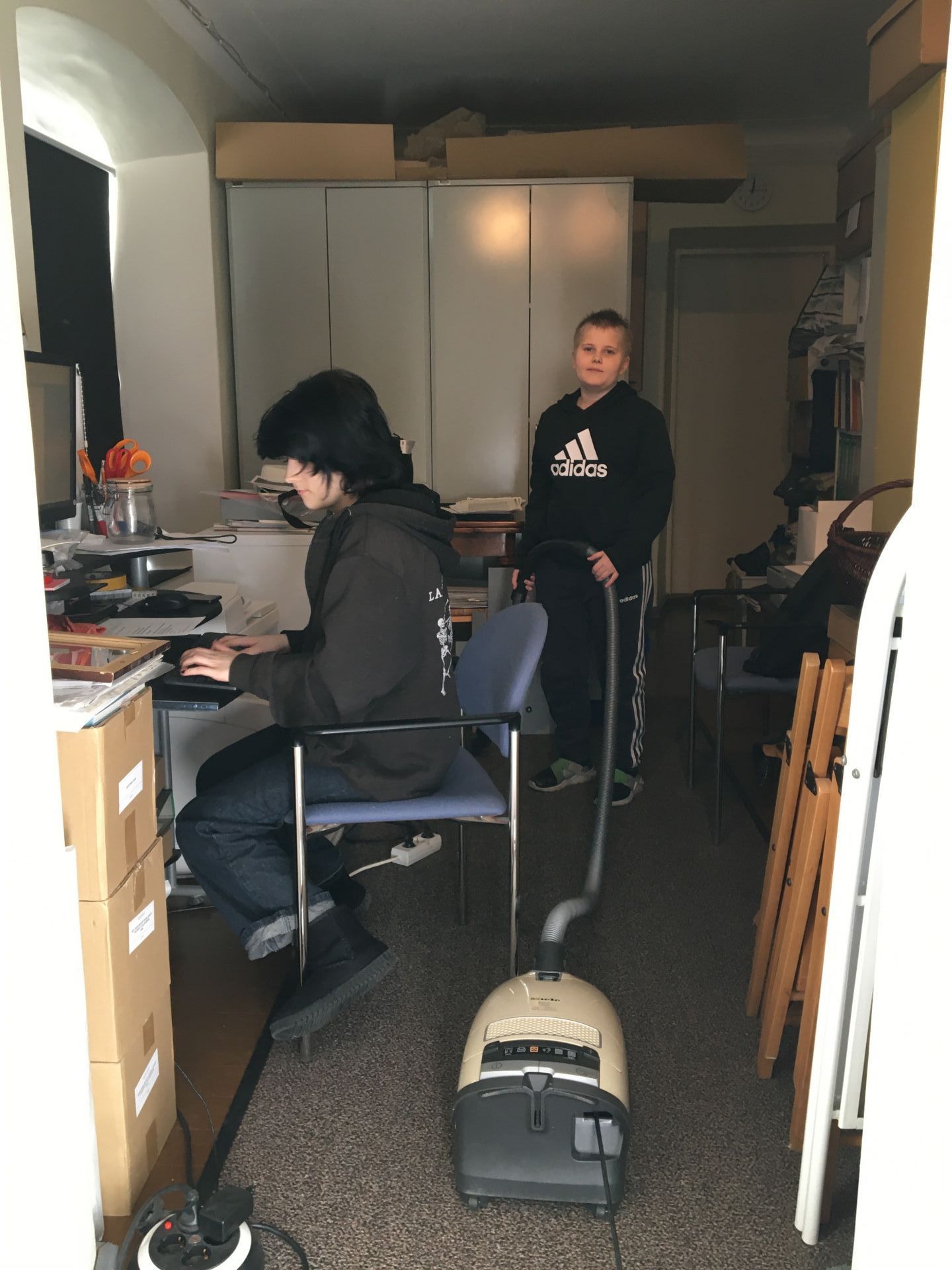 Young interns for a day: Erik and Johannes hard at work. Photo: EAW 2022.