163110330008.09.2021 hrs 15:15
Photographic history is filled with many inventors and inventions, which all together have contributed to photography as we know it today. Most breakthroughs were made during the first half of the 1800s, when different chemical components, materials and mixtures were developed. Photography quickly gained popularity among all socioeconomic classes. Read more below!

The first photography taken in Finland depicts the Nobel House in Turku, and was taken by  doctor Henrik Cajander on the 3rd of November 1842. That photography was a so called ”daguerreotype”, an early form of photograph that is made on a thin silver plate.  Daguerreotypes were massively popular during the first half of the 1800s, since the patent  was free-to-use, even as new types of photographs were invented. They were generally very  small and fragile, and are always kept in cases, for example glass ones.

Many other types of photographs were also taken – i.a. ambrotypes, tintypes, aristotypes,  collotypes – but all of these, including the daguerreotypes, required the photographer to have  their own darkroom and know the ins and outs of all the chemical solutions involved in the  development process. This period of photographic history has therefore sometimes been  called the ”apothecary period”. Before the 1870’s, when the so called “dry plates” were  invented, one would have to develop pictures immediately after taking them due to the nature  of the 1850’s “wet plates” that were useless once they dried. These circumstances explain why photography were mainly done by professional photographers in special studios and not  in everyday private households.

Even though new inventions and breakthroughs furthered the use and spread of photography,  it was rare and somewhat exotic in Finland during the 1800s. A few photographers, who  often learned their profession abroad, were active in cities and towns, and the photos were  most often taken in special studios. Some also made their living traveling the countryside,  taking pictures of homesteads and other homes for a fee. These photographers were successors to painters who’d previously filled the same demand, and predecessors to the  aerial photographers that launched their businesses after the world wars.

Between 1842 and 1920, there were fewer than 200 photo studios in Finland. They were  often in contact with each other, and often cooperated in regard to employment or training.  This was possible mainly because the demand for photography was higher than the supply of  photography services, but furthermore spaces suitable for photography studios were far and  few between for much of the 1800s. The popularity of photography increased throughout the  century however, since the cities and towns grew, and more people were able to afford  having their photos taken. Photography had soon become a good middle-class option to the  expensive painted portraits of the past. 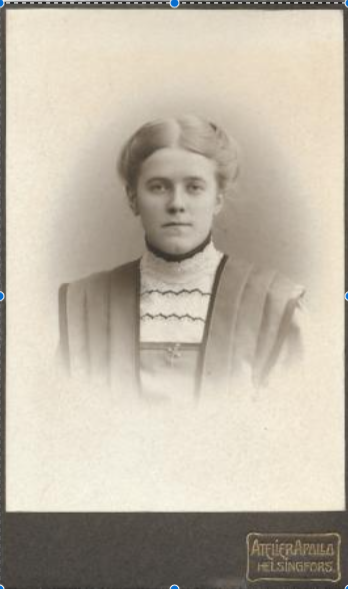 Märta Bergbom (1887–1964) was regularly photographed. For years, her parnets took her to  Charles Riis’ studio, but at some point they switched to Atelier Apollo. This might have  happened after Riis’ studio was bought by the owner of Apollo, and Riis’ business was moved  to the Apollo locale in 1898. Photo: Atelier Apollo 1908. SOV.

In the archives of Hertonäs Manor Museum there are many photographs stamped with famous  names of photographers from 19th and 20th century Helsinki. The pictures of Märta  Bergbom, and many other pictures, were taken at Danish photographer Charles Riis’ studio.  Other ateliers employed by the Bergbom family includes Atelier Apollo, owned and operated  by the businessman and entrepreneur K.E. Ståhlberg, and the Norweigan Daniel Nyblin’s  studio.

Among the survivng photographs in the collections at Hertonäs manor are several so called “carte de visites” and cabinet cards, both very popular and common types of photos in the 1800s. Cartes de visites were often of a smaller size, and wasn’t solely intended for decor or to be put in picture frames - the photos were given away to friends and family, and the name “cartes de visites” acknowledges this as the pictures were gifted just as today’s business cards. Herttoniemi manor museum features an entire album of these types of photographs. 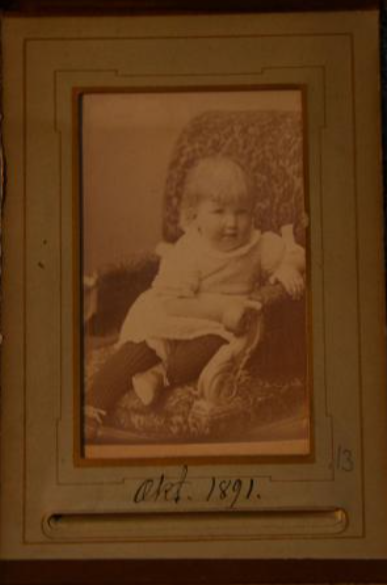 Ragnar Bergbom photographed in 1891. The picture is stored in an album with photos displayed at Hertonäs Manor Museum. SOV.

After the American Eastman Kodak Company started to mass produce cameras, photography became a hobby for the masses, and it made it possible for museums today to have a multitude of photographs in their collections. For those who are interested in comparing and studying how the art of photography has changed and developed during the 19th, 20th, and 21st centuries, the picture archives of Hertonäs manor includes photographs from all eras! 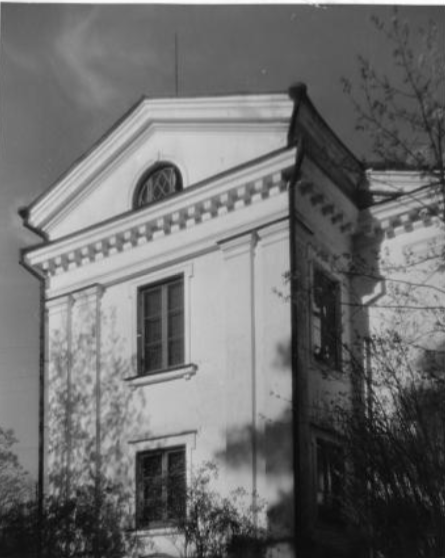